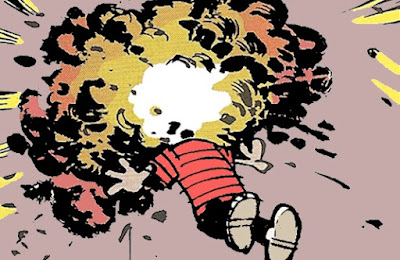 And I am not just talking about the frightening state of the world just now, but then we've been moving ever further into this general area since at least late 2016.

No, I am referring specifically to the continuing issues I seem to have with using Blogger.  Access to my blogs, even with a recovery phone number, has become increasingly sporadic and frustrating when it comes to troubleshooting what the problem(s) might be.  I think I might move to Word Press or Wix before long and include a link to the new premises here for visitors who might like to find me in my new digital digs.

Of this, more later.

Lots and lots of cross-country skiing, however, has kept me sane this winter.  We even managed a final quick tour at a small, local area last Saturday before temperatures jumped from the teens to the mid-50s Fahrenheit Sunday and melted all of our lovely snow here in Mid-Michigan.  I have not skied this much since Norway in 1999-2000 in any case, so no complaints.

The Grand Duchess and I are already planning ahead to next season.  That for yours truly will include an upgrade to some waxable -- Madshus Redline 3.0 Classic 'Cold' -- skis, already on order with our favorite ski shop up north in Frederic, Michigan.  They just need to be manufactured in and make the journey from Norway late in the summer.  I've skied for over 20 years on two pairs of so called 'waxless' (a misnomer since you do need to wax the glide zones) light touring XC skis by Madhus and Fischer.

It's time for some faster racing skis now that my skills have finally caught up.  I'll hang onto the old pairs though since they have their uses depending on snow conditions and time of the season.

You knew I'd eventually work in a reference to Rod Argent and The Zombies, didn't you?

Needless to say, I cannot wait until next winter.  Should be able to try 'em out late in November or early December once there is a good groomed base at one of the Nordic skiing centers we like in Northern Michigan.  If you plan the day right and leave early in the morning, a three-hour drive will get you there in time for a 9am opening, you can ski all day, have dinner on site, and drive home in the evening.  Or splurge for a motel or even, occasionally, rental accommodations for a long weekend.

The Grand Duchess and I refer to these skiing getaways as "self-care," an important concept during the last couple of years with the pandemic.

Cross country skiing may not be quite as glamorous as Alpine skiing, but it's certainly quieter, demands more physically speaking, and is much more affordable.  I'd recommend taking up the sport in a heartbeat (ahem) for interested parties.  Plus, you meet some cute, physically fit, and interesting young women on the trails.

Speaking of which, The Grand Duchess and I had our first actual date during February 2001 at a Nordic ski center outside Minneapolis, Minnesota, and I'll never forget that wonderful experience as long as I live.  She picked me up in her car about 9am that bright, sunny Saturday morning.  The temperature never rose above 5 degrees Fahrenheit that day -- Hey, it's Minnesota. -- but the diagonal striding along the trails, up the hills, and schussing down the other side quickly warmed us.

We skied until early afternoon, spent the rest of the day talking over tea and coffee back at my apartment, and finished by walking a few blocks to a Ukrainian delicatessen where we enjoyed the most delicious and hearty meal to the tune of an accordion orchestra of about 25 musicians until closing at 9pm.

I was, as the late Benny Hill might have said when in German character, "schmitten."  It was easily one of our most magical days, and there have been many in the years since.

But in the meantime, it's best to get back to the painting table, tie up some loose ends for The Young Master's figures, and dive back into my own stuff.  I've got a bunch of 18th century civilians from Ratnik Minitures giving me the painting itch.

Matt said…
Good to hear you have made the most of the snow. Over here we get rain - perhaps I should take up snorkelling?
5:16 PM

marinergrim said…
Love the fact that when it snows where you are the first thing you do is to get out the skis. Here, we get a few flakes and the entire country goes into meltdown and panic mode!
1:38 AM

Chris Kemp said…
Wordpress (WP) has its faults, but has overall been pretty reliable for me. If you like justifying your text, I would advise using the 'Classic' option rather than the new 'Blocks' option, which is just a dumbed-down version of Classic. The main advantage that Wordpress had over Blogger, the last time that I looked at it, was that WP does not limit the number of pages that you can generate.

Der Alte Fritz said…
Okay you have winter figured out, so you are you going to make it through cold and wet and miserable April? 😢
7:05 PM