A Busy Christmas Eve for the Grand Duke. . . 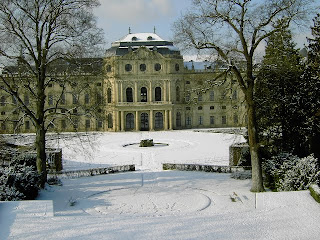 Christmas Eve begins early at Krankenstadt Palace in the far off Grand Duchy of Stollen, east of the sun and west of the moon. 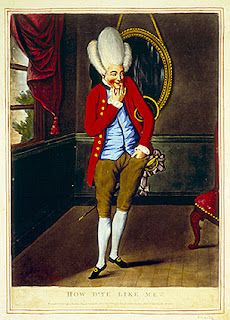 Following a large English breakfast with copious amounts of thick cut orange marmalade, prepared personally by the faithful Hives, the Grand Duke Irwin-Amadeus II dresses.  Since today is the start of Christmas festivities at Krankenstadt Palace, he puts together a particularly colorful ensemble.  Much to the chagrin of the long suffering Hives, who is heard to mutter something about those blasted macaronis. 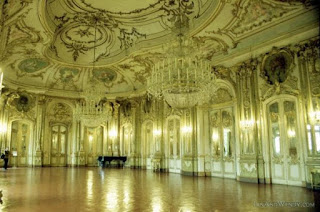 Meanwhile, the empty ballroom is about to become the scene of much preparatory activity by the palace staff with Hives at the helm. 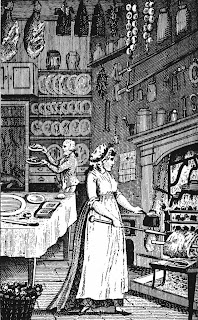 In the palace kitchen, Frau Goetterfunken oversees the roasting of the Christmas boar along with a goose or two and all the trimmings. 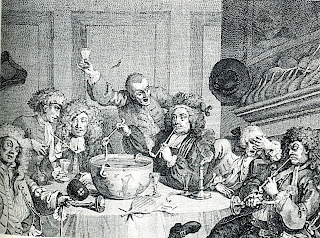 In an attempt to escape the attention of his three aunts, Agatha, Irmgard, and Waltraud, who are guests at Krankenstadt Palace for the Christmas period, and all of whom are vociferous in their opinions about his continuing bachelorhood, the Grand Duke drops by the Brummen und Summen Club just after the midday meal where he joins his compatriots over a Christmas bowl and enjoys a pipe or two of the finest Virginia tobacco. 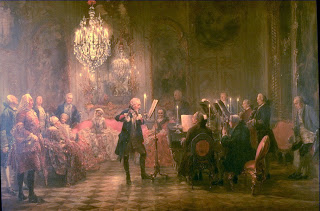 Fortified by Christmas punch, the Grand Duke returns to the palace by mid-afternoon, where a visibly displeased Hives helps his wobbly charge into more acceptable evening dress for an evening flute recital before the rest of the guests arrive for the much anticipated Christmas Eve ball.  The combination of too much merry-making at the club and nerves result in Irwin-Amadeus II hitting several sour notes during his performance.  The disapproving glares of aunts Agatha, Irmgard, and Waltraud do not help matters. 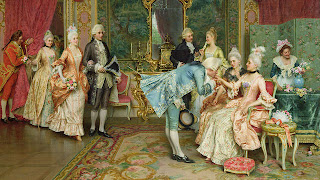 By nine 0'clock that evening, the main entrance of Krankenstadt Palace is a beehive of activity as the guests begin to arrive.  They are ushered inside, announced, and presented to aunts Agatha, Irmgard, and Waltraud. 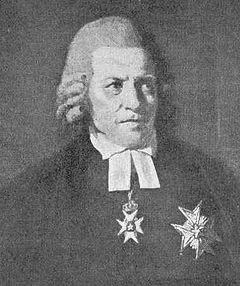 A short while later, the Bishop Sievert Tiburtius arrives.  A deceptively stern-looking man, the Bishop greets the Grand Duke's aunts with a smile and the remark, "I am told that you ladies enjoy a game of cards now and then." 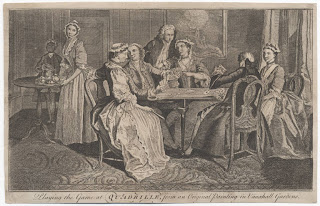 The Bishop, along with aunts Agatha, Irmgard, and Waltraud, is led by a member of the household staff to a cozy chamber adjacent to the ballroom where a card table has been set up.  Before long, the four are deeply involved in a game of Quadrille, and, once the supply of matchsticks has been exhausted, and the Bishop has ventured, "Let's make things more interesting," they begin wagering silver ducats. 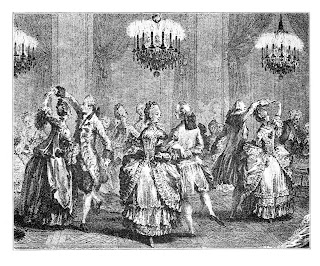 Back in the ballroom, the Christmas Eve ball commences as couples take their places on the floor at the center of the room. 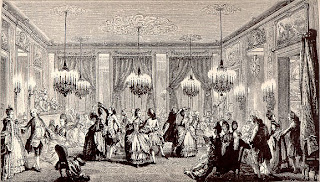 Unlike last year, when he played the fool and crude bumpkin in a desperate bid to escape a feared engagement to the visiting Lady Leonora Christina von Grandin, this year the Grand Duke Irwin-Amadeus II, with Hives close by, is the picture of social propriety, circulating around the ballroom, greeting his guests, and chatting amiably about the affairs of state and the evening's festivities. 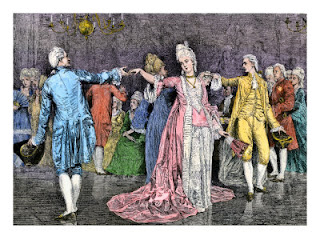 However, once the Prince von Boffke and his now wife the Lady Leonora Christina take to the dance floor, the Grand Duke looks on and experiences a fleeting pang of wistfulness. . .  That is until Leonora Christina, in reply to a compliment paid her by a fellow guest, releases a peal of laughter.  She fills the bustling ballroom with the familiar "Hyuk, hyuk, hyuk. . ." that goes on and on.  And on.  Irwin-Amadeus II quickly snaps out of his momentary funk and resumes visiting with his guests.  He realizes that Cupid's arrow might yet strike him at some point in the future, and that as-yet-unknown young lady, whoever she may be, will very likely not emit a sound that brings to mind the mating call of a bull walrus.   Relieved, the Grand Duke surmises that the Christmas Eve ball is a smashing success, perhaps the social event of the season, and once again loses himself in the festive nature of the occasion. 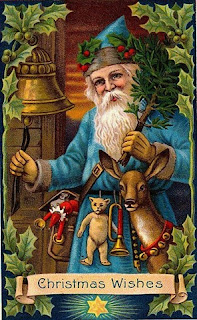 Meanwhile, upstairs, a magical figure in blue robes materializes and steals unobserved into the Grand Duke's personal chambers where it begins emptying its pack and placing small gifts, including a new regiment of scarlet-clad infantry figures, beneath the Christmas tree.  Outside, a light snow begins to fall, and on the ground floor of the Palace, the ball rages into the wee hours of the morning, the guests and their host unaware of the Christmas magic at work in their midst.

tradgardmastare said…
Merry Christmas from all at the Duchy of Tradgardland!
11:05 AM

Capt Bill said…
All of Beerstein wishes you and yours a very Merry Christmas...
12:29 PM

CelticCurmudgeon said…
My Dear Ulrich,
The best wishes for a blessed holiday to you, the Grand Duchess, Young Master Paul and all kith and kin!
Gerardus Magnus
Archbishop of Han-gover

Jiminho said…
A Merry Christmas to Stollen from the Kingdom of Syldavia!
3:51 PM